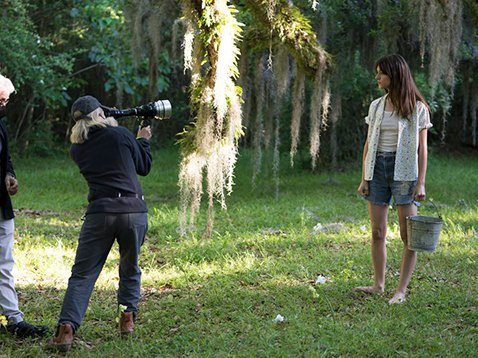 1.1 million. That’s how many copies of Delia Owen’s novel “Where the Crawdads Sing” have spurted from the Putnam and Son publishing company and into the homes and minds of avid readers. 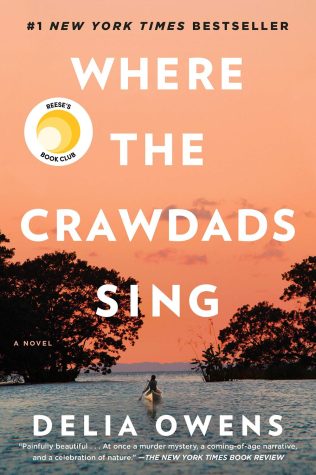 For those who have not yet flipped through this #1 New York Times Bestselling novel, Owens narrates the story of the secluded Kya Clark who must learn to individually cope with her isolation in the North Carolina marsh.

Her growing exploration of her marsh home allows her to creep closer towards distant connections and ultimately find love in someone other than the seagulls and the owners of the local wharf shop, Jumpin’ and Mabel. However, simultaneous jumps back and forth from the past life of Kya to the present murder of Chase Andrews allows readers to uncover the clues behind his death that intertwine with Kya’s own experiences as the “Marsh Girl” encircled by a town of weary villagers.

And with a budget of $24 million dollars, the Hello Sunshine company brought the mystic marsh of the novel from the library shelf to the popcorn-infested theaters.

Yet, as a condensation of the 23-year life story of Kya Clark (Daisy Edgar-Jones) from 400 pages to a two-hour film, a new directorial perspective on the story is in need of a “crawtic” on the elements they nailed and those they missed in the final cut.

Character Appearance: 4 out of 5

In the producers’ defense, a reader’s imagination is not the definitive method of depicting a character, yet certain descriptive elements were overshadowed through the casting and costume design of the characters.

For instance, seeing a combed Tate Walker (Taylor John Smith) on the screen next to the red-capped and curly-haired Walker in the book version diverged from certain readers’ expectations while seeing the movie.

However, that same combed hairstyle for Chase Andrews (Harris Dickinson) alongside the kind demeanor of Jumpin’ (Sterling Macer Jr.) and the shy nature of Kya Clark (Daisy Edgar-Jones) definitely fits the criteria for the translation of character personalities from the book to the movie.

For a movie filmed in Louisiana but set in the North Carolina marsh in the 20th century, the producers ensured an emphasis on the estuaries and moss-covered trees that cover the Clarks’ shack, which were beautifully integrated in conjunction with the novel.

However, some of the beach scenes in the movie cost the review a star as the filming space led to Kya being in close contact with the villagers rather than accentuating that feeling of isolation by being placed hidden and further away as in the novel.

Appeal to Author’s Background: 3 out of 5

As a duplicate movie-book viewer on “Where the Crawdads Sing” myself, it is important that the background of the author and some of the more personal details of the novel be illustrated in the book-to-movie translation.

As a zoologist with a Ph.D. in Animal Behavior from the University of Carolina, Delia Owens shares certain biological intrigues in the book that help uncover certain aspects of Kya’s relationships in the book (don’t worry, there are no spoilers here).

However, most of the film’s scenes bypassed these certain facts, only mentioning them in flashbacks rather than the actual storyline of the film. Nevertheless, the birdlife and marsh creatures of the story were respectfully highlighted since the opening cinematographic shot of the film.

In general, “Where the Crawdads Sing” was effectively teamed with a proper movie to match its much-admired storyline and message. Whether one has read the book or seen the movie (or both, for that matter), one can get their fair share of suspense, drama, and intrigue with both of these inspiring medium formats.