7 Tik Tok Trends That Carried Us Through 2020

The games, platforms, and recipes that made the pandemic entertaining 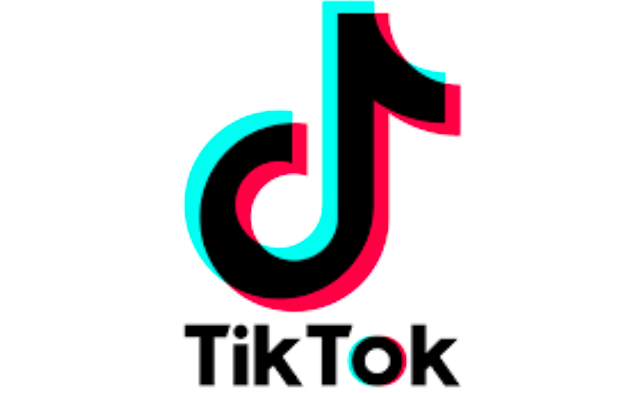 Quarantine brought a new, unthinkable level of boredom upon us. If you were like me, you scrolled aimlessly through Tik Tok to try and spice up an otherwise mundane day. It was a good way to pass up the time and the trends never got boring. These are a few of the trends that carried the world through a quite boring quarantine.

https://www.tiktok.com/@plantbasedcouple/video/6805583032976690438?_d=secCgYIASAHKAESMgow0vb1XPCF%2FAGGE%2FT%2BNAm2JCtDk7RlxY4CxzgxSCCJtyCJNQ%2BfK7yyjaS7WEtuHOdhGgA%3D&enable_clips=1&language=en&preview_pb=0&sec_user_id=MS4wLjABAAAA7PSptKSukSeUNCSw0LyGoikGZuk5MXF5FoSDYjMXtjHoHDWuhVxjxcgCcUCZBYLa&share_app_id=1233&share_item_id=6805583032976690438&share_link_id=019E84D0-C4B0-4E43-BC0E-3D01B8518D12&source=h5_m&timestamp=1621310743&tt_from=sms&u_code=cm9albm7b54gfd&user_id=6539586395316813830&utm_campaign=client_share&utm_medium=ios&utm_source=sms&_r=1&is_copy_url=1&is_from_webapp=v1
Whipped coffee was a trend that took prominence early on in quarantine and within no time it seemed like everyone was making this simple yet aesthetically pleasing drink. It is super simple to make and it requires only 4 ingredients: instant coffee, sugar, hot water, and milk. You mix the first three until it gets a “whipped” consistency and then mix that with milk. I personally never made it but enjoyed watching the videos and know a ton of people who were addicted to it early on in 2020.

https://www.tiktok.com/@minsuuuuuya/video/6960044907222273285?_d=secCgYIASAHKAESMgowK89qt5WO6yqEvoxRklbu1KR313RNh%2Fm7rrRAWfV%2BcyhcLW0t6FohMCXvvou%2B977AGgA%3D&enable_clips=1&language=en&preview_pb=0&sec_user_id=MS4wLjABAAAA7PSptKSukSeUNCSw0LyGoikGZuk5MXF5FoSDYjMXtjHoHDWuhVxjxcgCcUCZBYLa&share_app_id=1233&share_item_id=6960044907222273285&share_link_id=9F4085FA-569C-440B-84A5-A7E315BB438C&source=h5_m&timestamp=1621310698&tt_from=sms&u_code=cm9albm7b54gfd&user_id=6539586395316813830&utm_campaign=client_share&utm_medium=ios&utm_source=sms&_r=1&is_copy_url=1&is_from_webapp=v1
Animal Crossing was also a huge trend early on as it released on March 20th, the beginning of the pandemic. A new game was long-anticipated to finally release on the Switch and it did not disappoint. There was so much to do, such as catch fish and animals, build and improve your house, recruit villagers, improve your island, and play with friends. This was the big appeal for many, as you could compete and compare islands with your friends. This fun, vibrant game brought some fun to an otherwise sad time.


Cloud bread was another big food-related trend that took place this past year. This is another simple recipe that produces bread that maybe is not the best-tasting, but is aesthetically pleasing nonetheless. You whisk egg whites until they become bubbly then add cornstarch and white sugar and whisk until it comes to a consistency similar to that of whipped coffee. Then, you shape the “dough” like a loaf of bread and bake. The result is a soft and fluffy loaf of bread!

https://www.tiktok.com/@fallguysgame/video/6890535492866100481?_d=secCgYIASAHKAESMgowpZOyF%2FGinVsmojz04bU11GADLLKn0YpwGCke6%2BaG86mogQOdgKJAE4EPMnfvLt%2BsGgA%3D&enable_clips=1&language=en&preview_pb=0&sec_user_id=MS4wLjABAAAA7PSptKSukSeUNCSw0LyGoikGZuk5MXF5FoSDYjMXtjHoHDWuhVxjxcgCcUCZBYLa&share_app_id=1233&share_item_id=6890535492866100481&share_link_id=080AB027-5524-4357-9C0F-5F1BA699C22C&source=h5_m&timestamp=1621310720&tt_from=sms&u_code=cm9albm7b54gfd&user_id=6539586395316813830&utm_campaign=client_share&utm_medium=ios&utm_source=sms&_r=1&is_copy_url=1&is_from_webapp=v1
Fall guys was another game that really took off during the start of quarantine. PC and Playstation players were hooked onto this painstakingly frustrating game that also provided a lot of laughs. The colorful players are put into one of thirteen various game modes, each with a different task. Some are races, some are last man standing; It is a game somewhat reminiscent of a more colorful wipeout. Unfortunately, before this game hit other consoles, people had moved onto other games, but while it was big, it sure was fun.

Obviously, zoom had to make the list. This trend had a lot of variety from school pranks and memes to friend hangouts and even school classes. Zoom gained a lot of traction because nobody could meet in person and it provided a way that people could not only learn, but get together and have fun conversations or play games. It was a nice way to see people’s faces and also provided a lot of fun connection that was desperately needed.


This trend was a fun one. Families had no choice but to eat with each other(who would’ve thought?) and after it got boring, they decided to spice it up by making themed family dinners. These dinners included themed food and also costumes based on characters from shows or movies. Some popular themes included Disney characters, musicals, and popular shows, while others got more creative doing things themed around supporting characters or athletes.


This was and still is the biggest trend quarantine produced. It is a very popular game and now meme, almost annoyingly so. I compare its rise to Fortnite’s rise; it was a game that people played because they could play with their friends and it was free and then became a crazy popular game that everyone had hopped on. Impostors set out to eliminate crewmates while crewmates attempt to do their tasks before they are wiped out. They can call the impostor’s bluff or finish their tasks to win but if the impostor wipes out enough crewmates, they win. This game was very fun and could accommodate big groups of friends and was often accompanied by a zoom call between participants.