Comparing Juan Diego's seniors to NBA players who have a similar game. 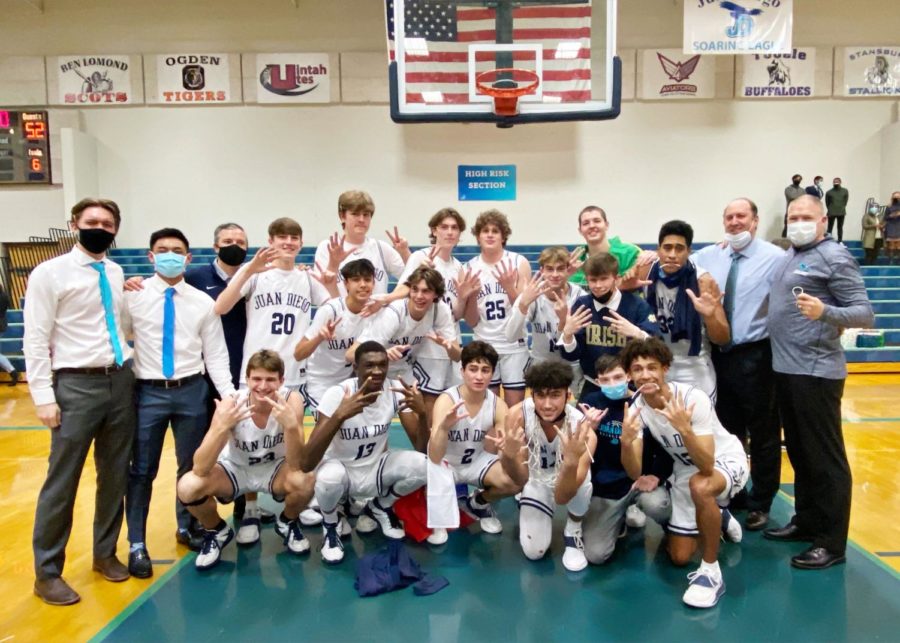 JD boys basketball came to end approximately two months ago in disappointing fashion, but that does not mean the season wasn’t a great one. With high expectations, the team delivered by tying the school record for most wins in a single season with twenty-two. In light of this impressive season, with seniors taking the reigns and leading the team to success, here are your seniors compared to their NBA counterparts:

A natural scorer who can put the ball through the net from anywhere and anyway. Talon led the team in scoring, averaging over twenty a game, along with four assists and a remarkable three steals. He plays like Oladipo in that he is a monster at taking it into the teeth of the defense and finishing or pulling up over the defender. He is also like Oladipo in that his three point shot is not the main facet of his offensive arsenal, but he still gets them to fall. Both players steal the ball from the offender at absurd rates.

Matty, while having a much smaller body frame, still makes his presence in the paint well known. He is a force to be reckoned with in that he can both drive into the paint and make long to mid range pull up shots; these skills are what make Matty comparable to Golden State’s Oubre Jr. An area that Rodriguez has a leg up on Oubre is his shooting percentage on layups. Kelly has shot in the twenties on layups this year; it can be assumed that Matty made his layups at a higher clip than this.

A lanky inside presence that moves well for his height, Kinneberg uses his size and length to his every advantage, much to the likes of Bol. He averaged six rebounds, along with a steal and a half per contest. When watching David’s film, my mind went straight to Bol Bol when looking for a relation between his game and a player in the league. His long legs allowed for him to create space in the post, and his vision to move the ball to the outside when the defense collapsed on him was very similar to what was seen from Bol at Oregon.

Jag draws the perfect comparison to Conley, as he served as a real glue guy to the team, while also coming up with timely buckets. Although not scoring many points, Jag is a solid ball handler who stays calm in the face of defensive pressure, moving the ball with ease and infiltrating the paint to get to the rack or find open teammates. Much like Conley has with the Jazz this year, Jag has served as a solid second option on offense at the guard position for the Soaring Eagle, while proving to be an on-ball force on defense.

Mateus has a huge frame that he uses to overpower defenders in the post and give teammates open shots and lanes with big screens. His back to the basket ability is what makes him most comparable to Adams, with a variety of moves to finesse defenders while also being able to beat them with his strength. Averaging the third most rebounds on the team, Mateus served as the team’s primary interior force.

As seniors, these five players set a fine example for their successors, who hope to continue a tradition of excellence in Juan Diego’s boys basketball program. Great things await these young men in their future off the court, and we wish them the best of luck in their upcoming college years.