Infectious hooks and insane instrumentals made for a jam packed punk/trap masterpiece. 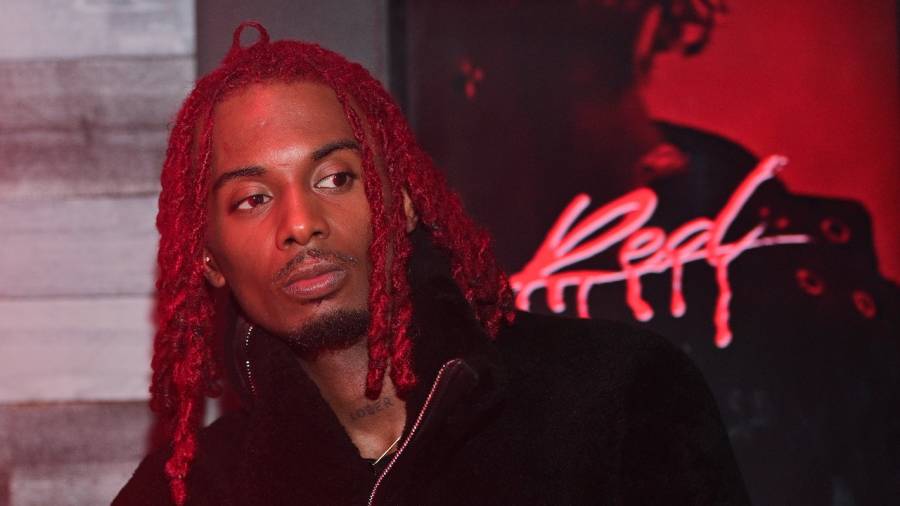 Many artists within the mainstream of rap have attempted to create a mystic aura around themselves in order to create more hype around their work. None have been able to create a following as well as Playboi Carti. His rare and cryptic social media posts coupled with his long and dry periods between albums makes his fans, and the entirety of the rap fandom, hang on his every word. So when a video surfaced in August of 2018 in which he briefly mentions that his next project will be titled “Whole Lotta Red”, his fans were all over him, hounding him for its release. After many lies from the Atlanta native and tons of false speculations by followers, Jordan Carter’s long awaited sophomore studio album released on Christmas Day of 2020, nearly two and a half years after its announcement.

Playboi Carti is much like a car crash. A beautiful car crash. He’s like a car crash in that it’s hard to look away from what he’s doing, no matter how repulsive certain listeners may think of his music to be. The way he progresses and experiments more than any other artist in the mainstream of rap is what captivates his audience. Casual fans were certainly not expecting the outcome of his new project, but true fans embraced his new style with gratitude. Carti was daring with Whole Lotta Red- he only previewed his new style once before releasing the album, which was a feature on Lil Yachty’s “Lil Boat 3.5”. His raspy, punk-like screaming featured on some of his new tracks was not initially well received, but it eventually came to grow on people. Below, you will find each song rated with a score out of ten, along with a blurb of my thoughts if I saw it fitting.

The production on this track somehow found a median between refreshing and hard. “Rockstar Made” serves as a fun opening statement to the work- chanting “never too much” over and over again might be a remark to those who said 24 songs is too many for this project. In Carti’s second verse, you can’t help but bounce back and forth as he puts an incredible emphasis on his “B” sounds. The janitor coming in to clean the studio after Carti recorded this was definitely greeted with a good amount of spit on the microphone.

Wheezy was named the “Producer of the Year” by Spotify’s Rap Caviar, and deservedly so. He added one more hit instrumental to his seemingly endless list of 2020 hits with this track. I’ve never heard two more opposite sounding beats on the same song. The initial beat sounds like a relaxing song an alien would listen to on their spaceship, while the second makes me feel like I’m in Gotham chasing the Joker in the Batmobile. Kanye’s verse brought me back to 2016 and was the brightest spot of his rather dull 2020 campaign. The reason this song was given an eight instead of a nine is due to Carti’s verse being cut short.

Carti channels his inner rockstar on the third track of the album. Lyrically inspired by Gucci Mane’s 2009 track “Shirt Off”, this song features Carti yelling into the mic for three minutes, while for a short time falling back to a sort of dirty but still melodic rap. This song was definitely made to perform, and will most definitely have crowds going crazy. After hating it for the first couple of days, many fans came around on it and now consider it to be one of the albums best.

808 Mafia production does not disappoint, as the group came through with a solid instrumental for Carti’s return to his old sound. Beno features Carti resorting to his beloved Die Lit style, which comprises vocal inflections that give the listener an image of him skipping around a park on a nice day. He mentions his newborn child, Onyx, in the chorus of the song, flexing that he “spent 100k on [his] son”. This comes right after Iggy Azalea, Onyx’s mother, went to the public stating that Jordan is a deadbeat.

In my humble and honest opinion, this song is not as bad as the rating it will receive. It’s a funny break in what had so far been a jam packed four song stretch. The reason it scored so poorly is because it is lazy, repetitive, and overall a weird song. This was most certainly made to perform. Even with many saying this was the worst song on the album, Lil Pump previewed a snippet from his upcoming album a few days later in which he bit this song’s exact flow and lyrics. This goes to show that no matter what he does, Carti is extremely influential.

Carti shines on this track that was made far lengthier than it should’ve been. It would have been much better if the song ended after Carti’s first verse, as Cudi drags the track on for an extra minute with a verse that features literally nothing special. His hums added to the powerful instrumental make for a beautiful background, but besides that, the song becomes boring and repetitive.

Although lyrically lacking, “No Sl33p” boasts an amusing instrumental, an awesome flow from Carti, and comical but effective adlibs. For being a song solely dedicated to presenting his homicidal thoughts, it does put me in a very good mood. No, I am not going insane, I just think it’s a rather lively and pleasant work of art.

F1lthy, one of the main contributors to the album’s production, provided us with a track that serves as the anthem for this album. Intentionally not mastered well  and featuring what sounds like voice cracks during Carti’s vocal performance, the messiness comes together to create a sense of unity. This can be said of the entire work. “New Tank” is not just a hard-hitting thriller, but Carti also throws in a few jokes as the track progresses.

It was hard not to laugh when pressing play on this one for the first time. What else could one expect from Playboi Carti, a man who has kept up with the jokes among his fandoms community. The instrumental makes everyday feel like Halloween, and five seconds into listening I had on my Dracula cape and those plastic vampire fangs. Although the shock factor does wear off after a few listens, “Vamp Anthem” will most certainly be engraved in the minds of all who gave this project a listen.

An interesting choice to include a DJ Akademiks sample to take up the first forty seconds of the song, but nonetheless, “Control” proved to be an absolute knocker. Had it not been for the intro, this song would have been a perfect ten. Carti channels his inner popstar on the fourteenth track of the album, while addressing his love to who we can assume is Iggy Azalea. Over a crazy hyperpop beat, he says “I only want the best for you, I cure your love like a doctor”. He also says “But for you, I would do things and maybe one day I’d get on my knees and give you a diamond ring”. A beautiful message for an individual he truly loves.

Label issues typically provide for great songs, and this particular track continued this tried and tested trend. “Punk Monk” is very interesting- with each listen, you will come to appreciate a different aspect of the track, whether it be his awkward but hitting vocal inflections or the wobbly bass hits.

Apparently Carti has taken a keen liking for spelling, as the chorus of both “On That Time” and “King Vamp” feature him spelling out words. “Mr. Carter, your word is draco.”, “Yes, of course. Draco. D-R-A-C-O. Draco.” – Playboi Carti at the East Atlanta Spelling Bee, probably. The latter of the two has Carti spelling out the name of the song over and over again over a dark beat, with an above average verse highlighted by him dissing his label, stating that they owe him.

“What’s happening?” – everyone after listening to Place for the first time. For a reason we the fans will most likely never find out, there is a five second pause shortly after the song begins. Diehards have already become accustomed to this Pi’erre Bourne crafted ballad via a snippet that surfaced months before its release, but regardless of whether or not you recognized this melodic masterpiece merely by its name, it’s hard to argue that it’s not one of the project’s best.

Man this track is beautiful. Art Dealer, one of Carti’s closest producers and his creative director, has always had incredible success producing for the “Magnolia” rapper, but his work on this song is arguably his best. Carti expresses his pain within his current relationship. Basically, he does a bit of thinking out loud, wondering how his relationship has gone downhill after its great start. Definitely one of the best off of the album, and maybe the best “in his feels” track of his career, topping the fan favorite “Long Time (Intro)” off of Die Lit.

This song is awesome. Dedicating an entire song to your older brother is a special thing to do, and Carti went all in for this one. A crazy good instrumental sets the tone perfectly, allowing for the Atlanta product to glide across the song with his aggressive tones and angry adlibs. Definitely a memorable track from an album that contains many bright spots. Whether or not Reggie is actually your brother, Carti will have you saluting his older brother by singing along to this hit.

A very weak finish to what had been a terrific second half of the album. Terrific production from Richie Souf, but it didn’t match the vibe of the album nor Carti’s style. This resulted in a track that felt like it was trying too hard rather than Carti’s usual effortless and breezy flows.

Although it was not perfect, containing six songs that were given a score equal to or lower than six, Whole Lotta Red did accomplish a lot. It introduced Carti’s new style and aesthetic to the world. It reassured listeners that his old sound is still prevalent and thriving. It displayed Carti’s diversity as an artist. It raised the bar for experimentation among mainstream artists. Although it may not be well liked by the general public, Whole Lotta Red was what we needed; a progressive work that will improve with time. Looking into the future: an experimental album that received mixed reviews serves as a perfect set up for Carti’s next project to be his magnum opus. I look forward to seeing where he goes with his newfound style. The average score for a song off the album was a 7.3/10, but as a collective work, I give it an 8.7/10.