Art taken from google, then the water color was placed over on a google drawing.

Art taken from google, then the water color was placed over on a google drawing.

Juan Diego’s campus is a diverse population: we come from all parts of the Salt Lake valley and beyond, from first-generation immigrants to storied Utah family names, from every type of socioeconomic background, religious creed, and place on earth.

While we’ve written articles in the past on many of these sides of the JD community, one segment has yet to be covered: the LGBTQ community. In this in-depth, Speaking Eagle takes a look at the lives of LGBTQ students at JD through the years, organizations being founded to foster acceptance, and what else needs to be done to make Juan Diego the most inclusive community it can be.

Coming out in high school isn’t easy, though many at JD have done so, and it’s a big deal: to family, friends, and anyone close to them.

“I have worried about how they would feel about it,” junior Alexis Lewis said. “I have indeed come out to my friends and I’m proud to be bisexual. It can affect me a lot of the time though. It affects me when a female says, ‘I don’t want to hang out with you because you’ll come onto me’ or ‘I don’t want to be around you’ even my previous friends have said that to me. I’ve been terrified as to what my family, especially my parents would think of me.” It takes so much courage to come out to a family member, but to come out to a group of people not many people know is much harder.

While most stories we heard from out students were positive, the situation is decidedly tougher with gender. “It is a different story when someone knowingly mis-identifies me,” an anonymous senior said. “It hurts and it’s a different kind of disrespect. It’s much like calling a teacher by their first name, it’s just disrespectful when you knowingly use the wrong pronouns with no care about the person’s feelings. If they apologize and it’s truly an accident than it’s okay, but knowingly it hurts your feelings and it is taken as disrespect.”

Openly out and very proud is Sophomore Mark Stevens. He is on the cheer team and he does choir while also being a part of a dance team. “Being accepted at Juan Diego is so wonderful,” Stevens began to say. “But when people accept you, all you can feel is just complete gratitude. It’s like going through a rough trauma. During the trauma, everything is awful. You’ve lost everything. But after the trauma, your life may not be any different than it was before. But you have a new outlook on life, and learn to appreciate everything you have. The trauma for people of the LGBTQ+ community is the aftermath of coming out. Whether it be from people with no affiliation, people of your community, or even your own family. Coming out is a trauma for many people. And finding that acceptance is truly special because it happens on such a rare occasion.” Mark, like many others, is someone who has been openly accepted and is very loved throughout the school campus. 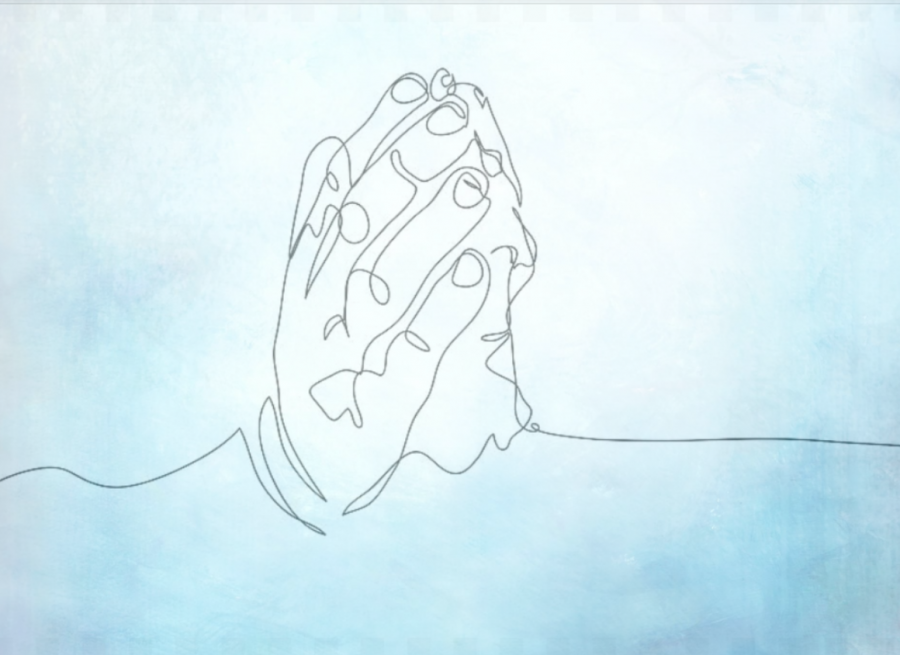 Acceptance Throughout the Years

A retrospective look at how JD has grown as seen by alumni and students.

At the start of a new decade, we continue to be one Soaring Eagle: on the field, in class, and as a community of individuals. Since the beginning, Juan Diego has had students in the LGBTQ+ community, and they are speaking out about how things were and how they have changed.

Director of Student Activities Mr. Nathan Tack graduated in 2011 and came back to the school to be a part of the administration team. From a student to a teacher, Tack has seen how acceptance at JD has changed through the years. “I think that acceptance through JD students has improved over time as it has in the country overall.” Tack began. “I remember my time as a student here and it wasn’t necessarily the most open and welcoming environment. I think now we are much more willing as a community to accept people for who they present themselves and not let it impact our feelings and actions toward one another.”

A teacher every student knows and loves is Mr. Tana Vea. Once a student at Juan Diego, he is now a teacher. “The trick is loving them,” Vea said. “We need to not only tolerate these kids but love them as well. It’s not enough to not say anything bad to them. We need to talk to them, include them, tell them that they are valued and loved. It’s not that we need to stop doing bad things to these kids, because we aren’t doing bad; it’s that we need to start doing good things for them.” Each student feels comfortable enough around =Vea not only do they feel accepted, but they can also ask how they can do better. He is one of the teachers that love everyone and will be there for each person.

Salutatorian Class of 2019 graduate Ian Pascual came out his sophomore year. “After I came out,” Pascual started, “the community of students all welcomed me with loving and open arms. I think part of this is because of society’s growing acceptance of all things different.” Pascual later said that he felt he got lucky. “In my opinion, we all accepted each other with open minds and open hearts, no matter our background. We were all super close and loving, especially during my senior year. It’s easy to say that the younger grades aren’t as close as we were, but that’s also because they are younger than us. So, I believe that every grade has the potential to grow into a more loving community as students mature and shed the notions of popularity and ‘normality.’”

Safe spaces are formed within communities by those willing and wanting to help. Even if the spaces are small, there are those that take charge and care for everyone who feels lost and alone. Whether it’s from teachers or students, they don’t go unnoticed and are definitely beneficial in helping minorities fit in. To keep the continuity of acceptance within the community, the only thing that students should learn to do is an open dialogue, be kind, and love everyone.

Reaching Out: Allies Club at JD

Juan Diego recently compromised a Gay Straight Alliance group for a more broad and including club. 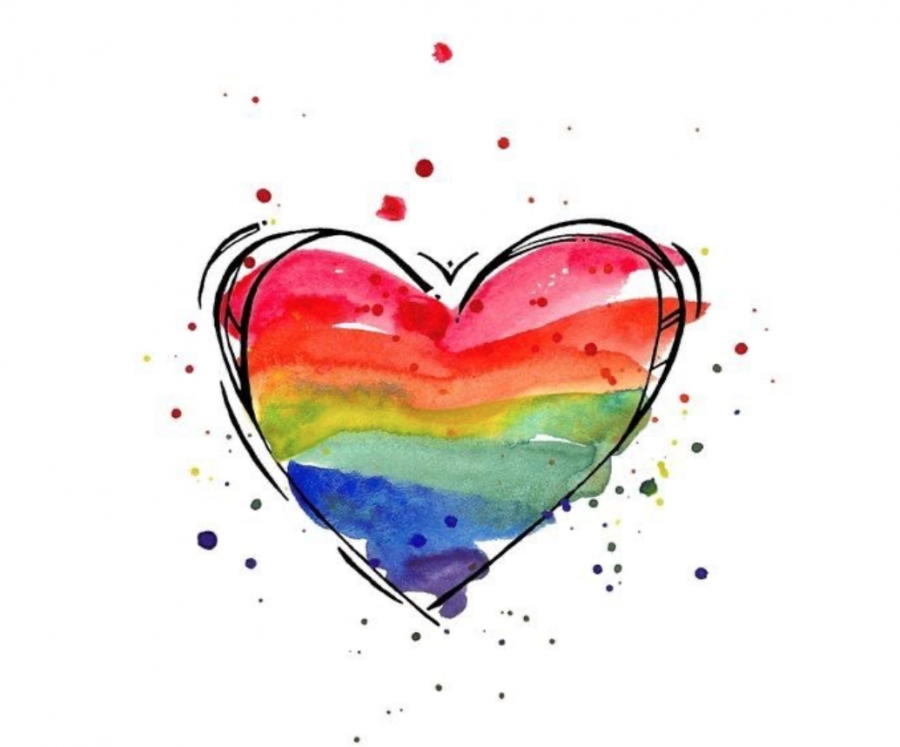 For the first time ever, Juan Diego is creating a club to include everyone. Though there were issues with establishing a GSA club (Gay-Straight Alliance), administration allowed an Allies club to be formed which includes all minorities such as LGBTQ+.

“It’s important to have a GSA club for schools to support minorities who feel pressured or threatened to conform to society,” Co-President of Allies club, Elise Baker said. “GSA has had a lot of stigma on it being an exclusive club for members of the LGBTQ+ community. There are also stereotypes associated with the acronym GSA, and we wanted a newer and more interesting term to let our peers know that we are here for them.”

Baker tells of why we need to change the term GSA and also why it’s a good thing. “Using the broader and ‘umbrella’ term of Allies, this allows students who aren’t even in the LGBTQ+ community to come and join the club, because GSA isn’t just for LGBTQ+ people, it’s open to those who need more support than just their friends and family.” Baker said.

In the Allies club’s first meeting on December 12, they explained how they will run the group. They mentioned a therapy group located all around the world called, Circle, which is an outlet for students facing stereotypes based on sexuality or gender. The Allies club presidents Jaren Morgan, Elise Baker and Jackson Shemwell decided to base Allies club of the program Circle, providing a space for people to be open and having a loving and appreciating community to come back to. They explained how it is not just about the LGBTQ+ community but about everyone, and that they are just working to make a difference in Juan Diego.
Although the Allies club is a very positive addition to the school’s clubs, students wonder why we are not allowed to have a GSA Club. “…” Nathan Tack says. He explains how it was difficult to incorporate a GSA while also maintaining Catholic traditions and rules.

Even though students are disappointed in not having a GSA Club, there are also upsides to having the Allies club instead. “I think Allies is better than a GSA club because like I said before, it’s a more umbrella term for those who are still struggling with their sexuality or gender orientation, or those who just need a support group because they don’t have it or need more,” Elise Baker adds.

Allies club allows an atmosphere for all students no matter the circumstance and focuses on having fun while also making sure everyone apart of the club is supported and loved.

How LGBTQ+ Treatment Can Improve

The atmosphere at Juan Diego is overall positive, with accepting everyone and welcoming to all diversities, but there’s more that can happen to improve the LGBTQ+ treatment within the Juan Diego society. As the Allies Club grows to make a difference at Juan Diego, a lot of change has to come from others in the community as well.

One change will have to come from Juan Diego’s administration by providing underlying support for the Allies Club and the goals they wish to achieve, such as assembling a more welcoming atmosphere for LGBTQ+ students who may feel uncomfortable and the future service project that the Allies Club has in store. While the support for the LGBTQ+ community is there, it’s a silent and camouflaged. While that’s understandable in a Catholic environment, it’s more detrimental than beneficial because it makes youth feel like they aren’t being seen and are being purposefully neglected. Besides that, Juan Diego is super inclusive to all students, emphasized with this year’s motto “Seen, Heard, Encouraged.”

The next change, or more specifically consistency, has to come from the teachers of Juan Diego. Students look up to teachers immensely, and Juan Diego does an amazing job in embracing this. With many teachers creating strong connections with students, faculty really reaches out to the students in multiple ways, but a specific way is the mentor group. Providing an opportunity for a student to have someone to go to in time of advice is really beneficial and furthers the appreciation of faculty in the environment. This support provides LGBTQ+ students a person to go to in times of help or comfort. Teachers extending their connections with students more by checking in on students and looking out for their wellbeing will also help the entire community to make everyone feel safe and cared about, not just LGBTQ+ students.

Juan Diego’s administration can only do so much when it comes to improving the conditions for LGBTQ+ in a Catholic environment. The biggest change that needs to happen is from the Juan Diego student body themselves. While most of the student body can be very kind and loving, there are some students who have a homophobic and closed off view. This is an issue that can affect other students through the tragedies of bullying and social discrimination.

Though Juan Diego is a diverse and accepting place, small steps from all will continue to make life better for all students at JD.

If you want a picture to show with your comment, go get a gravatar.